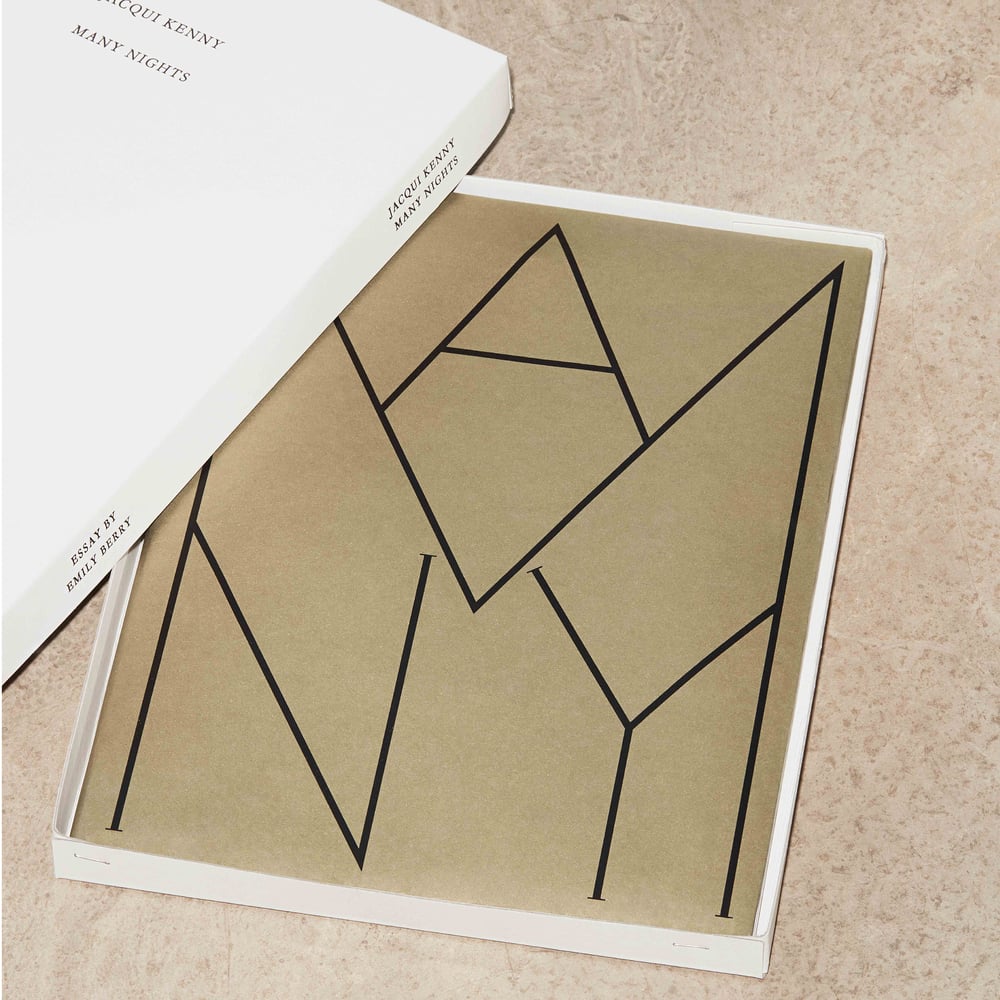 For International orders go to
https://www.setantabooks.com/product/many-nights-jacqui-kenny-aka-agoraphobic-traveller/

Card box, 336x262mm, containing a jacketed folder with 5 booklets of 16 pages each, 3 cards with artist’s book and 58 photographs by Jacqui Kenny and a 68 pages booklet of essay by Emily Berry called ‘The Secret Country of her Mind’.

SHIPPING TO UNITED KINGDOM ONLY

Book summary
A collection of otherworldly screenshots taken in remote locations in Google Street View, Jacqui Kenny’s photo series The Agoraphobic Traveller was initially conceived as a distraction from her struggles with anxiety and agoraphobia.

Now published here in print for the first time, the series takes on a new dimension as dispatches from a voyage into the individual and collective unconscious, accompanied by a specially commissioned essay by poet Emily Berry, who considers the ways in which the imagination, fuelled by (and often fuelling) our limitations, both imprisons us and sets us free.

Many Nights is a book about a meeting between fellow travellers on their journey through the life of the mind.